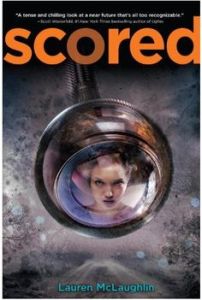 While I loved the concept of this book I felt that there is so much that could have been explored. The novel never showed what the nation wide affects were of the ScoreCorp’s program nor did it show the full impact that growing up under the system would have on the individual in the long term in terms of ethics and relationships. It also failed to show in any way that the scoring system was corrupt or even begin to imply what companies could do with the data they collected from all that information the system continuously collected. The book seemed more focused on whether the concept was sound and spent much of the book debating whether or not it helped or hurt society despite the fact that it ultimately did not show any of the effects it was having in the macro view of the world. Ultimately, I think that the book was trying to say something profound with its ending but it came up short. It’s an intriguing enough concept to read the book but frustratingly lacking depth.